A deeply touching film made about life that hits harder emotionally in spots than any other. Wim Wenders has a delicate touch and takes a beautiful yet tragic perspective on humanity. Wings of Desire is told from the point of view of two angels that grant the viewer the special honor of experiencing human interactions that are so personal that would never be seen otherwise. The premise and narrative device of the film is a great exercise in humilty and wonderful representation of the confounding nature of life. 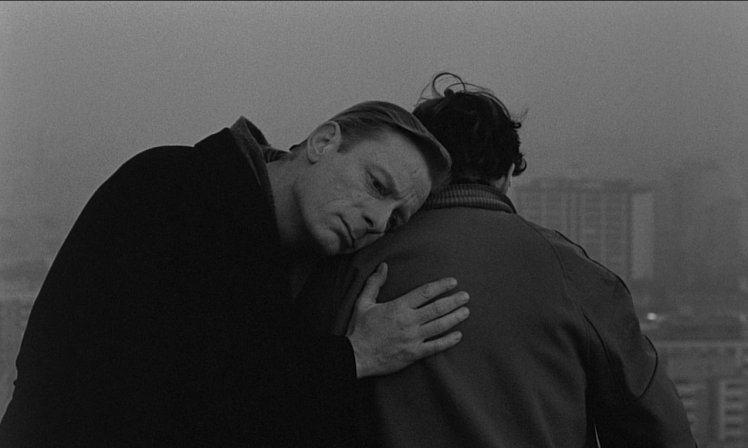 In terms of all-time stylish and memorable productions, Argento’s Suspiria is one-of-a-kind. Think about it, the Goblin soundtrack and more specifically, the glorious main theme plus the iconic blood red set designs and lighting set this film apart. It’s also one of the best pure horror films ever made. A masterful piece of filmmaking with special performances from the entire ensemble. Jessica Harper was perfect.

Isabelle Huppert and Benoit Magimel are incredible together. The connection and chemistry between them is so impressive. The entire film is a devastating character study that captures all the minute details of their relationship. Huppert’s desperation is ever present and hangs over the film like a weight. One great screenplay and film.

One of the first films in my life to completely blow me away in every facet. It’s Fincher’s masterpiece, a film ripe with isolated imagery and solitary ideology. It’s an angry film and the characters represent the individual problems that represent aspects of our society. It also features Brad Pitt at his absolute best; Tyler Durden is mayhem personified and Pitt understands the idea of Tyler Durden. The screenplay and Palahniuk’s original story are discretely detailed and overflowing with relevant commentary. Great film

The follow up to one of, if not the best, western genre film of all time “Yojimbo,” “Sanjuro” played by legendary Kurosawa star Toshiro Mifune is the same blunt, jaded samurai that mistakenly vows to help a group or helpless youngsters. As a companion piece, the film does a phenomenal job of accurately depicting the brutal Yojimbo from the original film while softening his edges with staying true to his tough nature. The direction from Kurosawa is masterful. The movement in each scene and tightly packed compositions tell the entire story.

The placement of the subject (Mifune) says so much about each scene pic.twitter.com/Ry0WQoId7f