The one Star Wars film that transcends the series entirely. A human drama geared towards Luke’s feeling of abandonment towards his father in the grips of a galactic space war. The power of betrayal and the drive of revenge encompassed in one iconic moment. A phenomenal film that has stood the test of time.

A detached and silent war thriller not told through dialogue, but a mix of grandiose visual design and a unique editing structure. One of the greatest war films ever made and unprecedented in its execution. Closely related to a silent film with how each scene is directed and how scarce the script is while still telling a moving story about people. The scope is massive.

“Wars are not won by evacuation.”

The Devils is an example of Ken Russell in all his brash glory. A batshit crazy experience following a disgraced priest who preaches sin and salvation while painting all men and women of God as savage animals lusting out. Oliver Reed is divine in his portrayal of the metaphysical priest.

“What fresh lunacy is this? A crocodile?”

On The Silver Globe is an alternative to the theory of evolution or the origin of humanity. A film with a problem past where the film was never actually finished, but the ideas are still presented in clear and concise terms. Impossible to find nowadays, but a great film by the brilliant Polish director Zulawski. A visual and philosophical feast.

The origin and madness of musical genius told through the lens of a jealous colleague of Antonio Salieri. Hilarious and honest. Bold and brash. Forman’s epic on Mozart is such an involved journey into his subconscious and deep resentment towards his father. The lifelong struggle of trying to be great juxtaposed to Mozart who seems to stumble into genius. 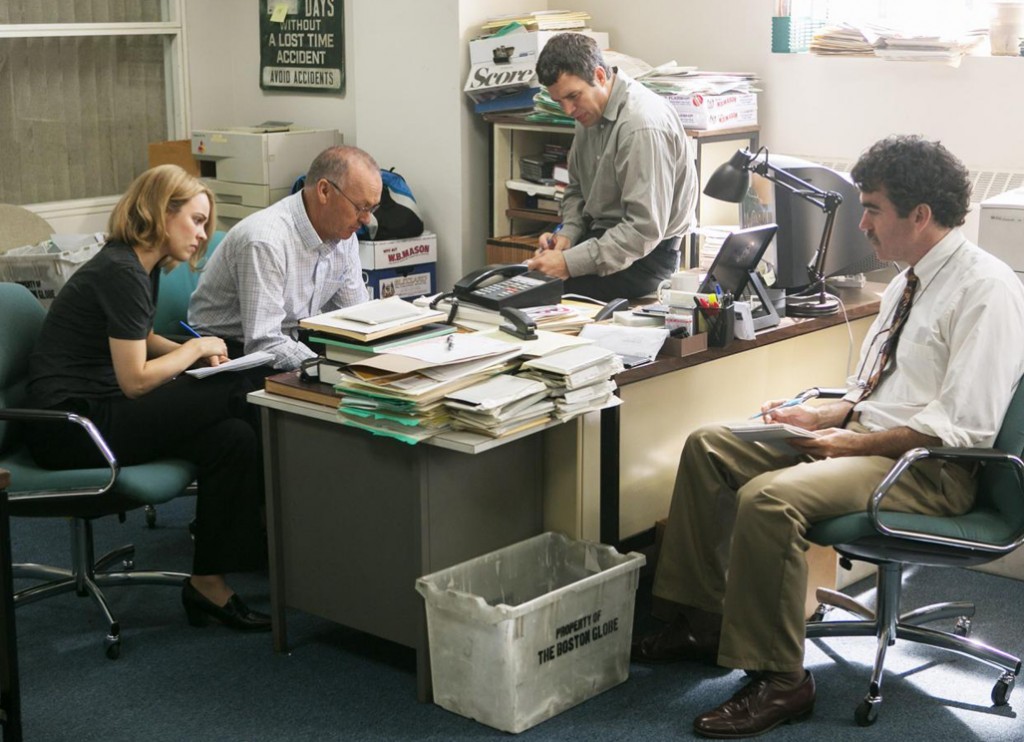 Spotlight is a timely film. One that places a high value on honest journalistic practices and the positive role they play in society. It also exposes the archdiocese for a cover-up on a global scale. A phenomenal ensemble piece with a powerful script. One of the best journalism films.

“We’ve got two stories here: a story about degenerate clergy, and a story about a bunch of lawyers turning child abuse into a cottage industry. Which story do you want us to write? Because we’re writing one of them.”

Joint Security Area is the tension placed on any border between two feuding nations and the potential for violence with a quick trigger finger. It’s also an exploration of friendship when nations and borders are forgotten. One of Park’s most poignant films while still staying with that explosive edge. Song Kang-ho is unreal in this performance.

“Your shadow is over the line. Watch it!” 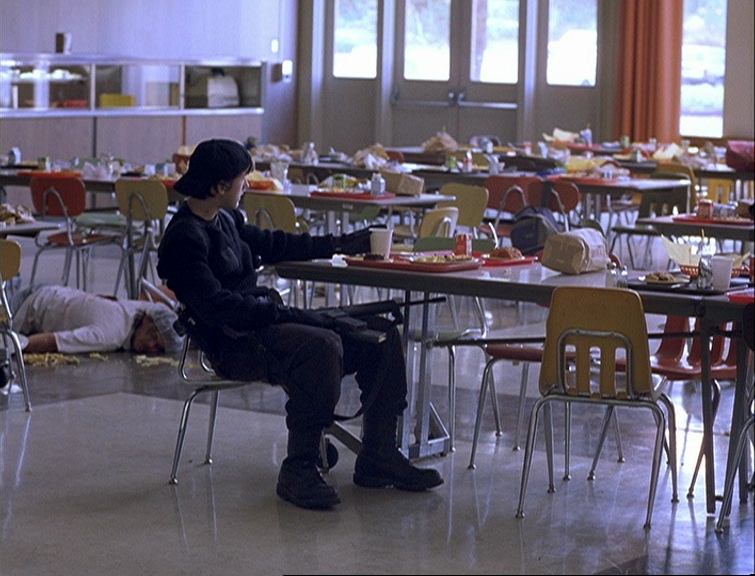 After Columbine, there was an imbalanced feeling among high school students and it sent a shockwave across America that still exists today. Elephant is almost a mirror to the tragedy that took place on that fateful day in Colorado and shows a detailed version of what happened between the killer and students. It’s a shock to the senses and shows the heroics of students as well as the absolute terror. The editing shows this situation in such a realistic light and hits close to home in 2020.

It’s astounding that Masaki Kobayashi isn’t discussed as one of the all-time great directors with his body of work. Kwaidan, an anthology film, is a masterwork that updated ancient Japanese stories. A visual feast that ignites all the senses. Each story is wildly different from the last and has incredibly deep meaning. 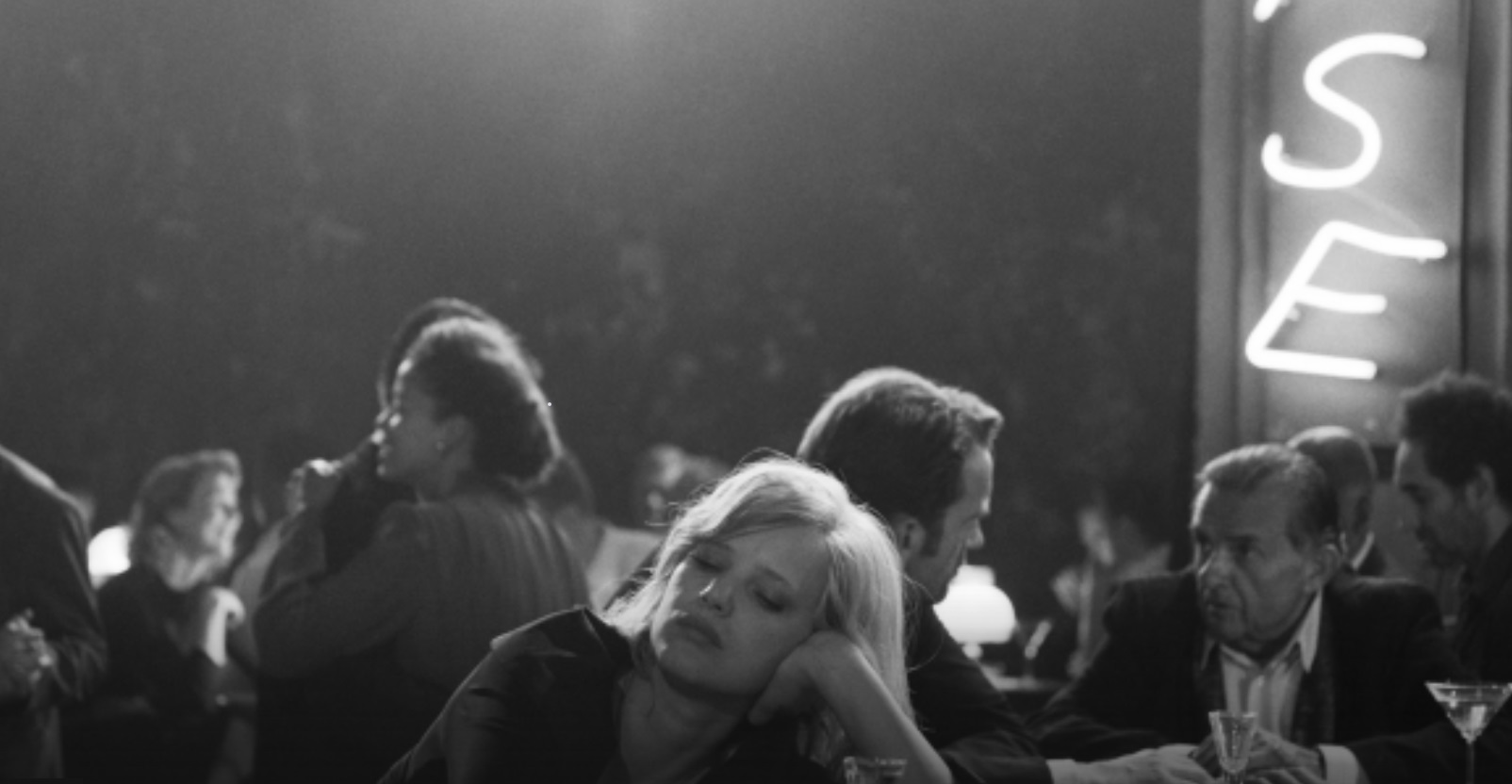 In terms of great romance told through time and borders, Cold War sits alone. A film so masterfully crafted that every inch of production feels purposefully done. Absolutely one of the best-looking films of the decade. Heartbreaking in a unique sense hidden in the smoothness of the approach and the roughness of the reality. Splendid film

“Are you interested in me, because I have a talent or in general?”

12 years of filming gives this film such an authentic feel to the drama and truly reminded me of growing up. It has moments that brought me back to points in my own life that feel so personable. It feels overwhelmingly meaningful and gets the small moment’s rights as well as the big moments. I fell in love with this experience.

Samantha: Goodbye, yard! Goodbye, crepe myrtle! Goodbye, mailbox! Goodbye, box of stuff Mommy won’t let us take with us but we don’t want to throw away. Goodbye, house, I’ll never like Mommy as much for making us move!
Mom: Samantha! Why don’t you say goodbye to that little horseshit attitude, okay, because we’re not taking that in the car.

Foreign Correspondent is Alfred Hitchcock’s most daring and grand project throughout his entire filmography. It’s the same suspense-building, wonderfully shot and acted Hitchcock film, but with a larger focus on the world-building aspect. Foreign Correspondent feels larger than life and the story’s impact is massive, not only directly on the character but the world itself. The setup is perfect.

Wait a minute! I’ve got something that might pass for an idea.”

Haneke at his most unsettling. A visceral experience where it feels as if something is deeply troubling yet nothing seems imminent, and then the tension gets flipped onto the main characters. A story of voyeurism and decade long hatred that permeates throughout one’s life and manifest into old age.

Georges Laurent: Isn’t it lonely, if you can’t go out?
Georges’s Mom: Why? Are you less lonely because you can sit in the garden? Do you feel less lonely in the metro than at home? Well then! Anyway, I have my family friend… with remote control. Whenever they annoy me, I just shut them up. 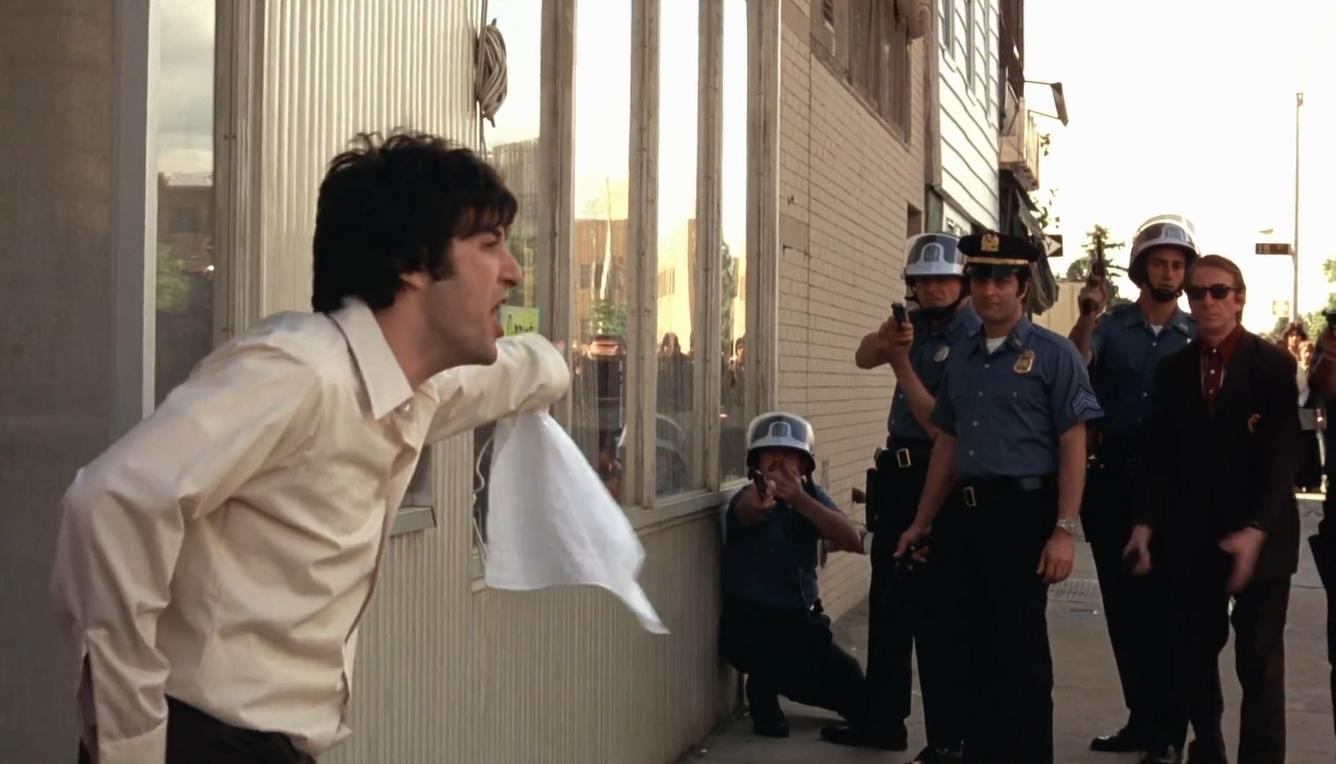 The lunatic energy of Al Pacino has never been utilized more efficiently than in Sidney Lumet’s Dog Day Afternoon. The amount of chaotic energy that flows through this film is unmatched. We have Pacino as the crazed bisexual bank robber and John Cazale as the detached silent type. Both are mind-blowingly good in this almost satirical thriller classic.

Sonny: Is there any special country you wanna go to?
Sal: Wyoming.
Sonny: Sal, Wyoming’s not a country. 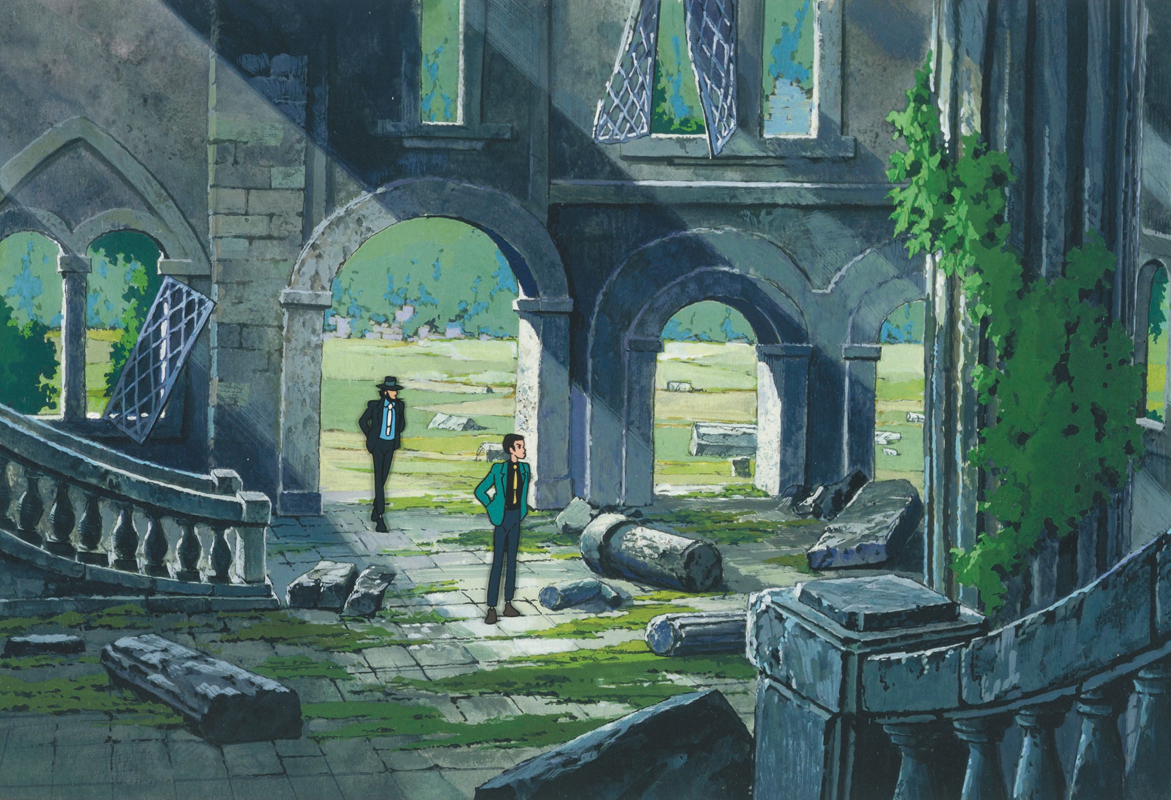 Lupin is such an outlier in terms of Miyazaki protagonist, with questionable moral reasoning, but a soft heart made of gold. This film is a blast in terms of the energy, and pacing of Lupin’s latest adventure. Set to the gorgeous Miyazaki animation, with above the clouds architecture and vibrant color pallets, it’s surely one of the most enjoyable films in his filmography.

“Lupin! Don’t you dare die before I get to arrest you!”

The follow up to Paul Newman’s The Hustler is arguably Thelma Schoonmaker’s best-edited movie throughout her career and a fireball of energy. Newman and Tom Cruise are dynamite that plays off each other well, but this doesn’t work without Newman’s stone-cold Hustler persona. It was the perfect opportunity for Scorsese to flex his stylistic chops and do the Hustler character justice.

“Money won is twice as sweet as money earned.”

Lynne Ramsay is one of the most brilliant minds in the industry over the last 30 years and We Need to Talk about Kevin is her at her most provocative. A film focused on an utterly destructive mother-son relationship, told through the perspective of the mother who is played alarmingly by Tilda Swinton. One of the most twisted films ever made and one that sticks with you forever.

Eva: You don’t look happy.
Kevin: Have I ever? 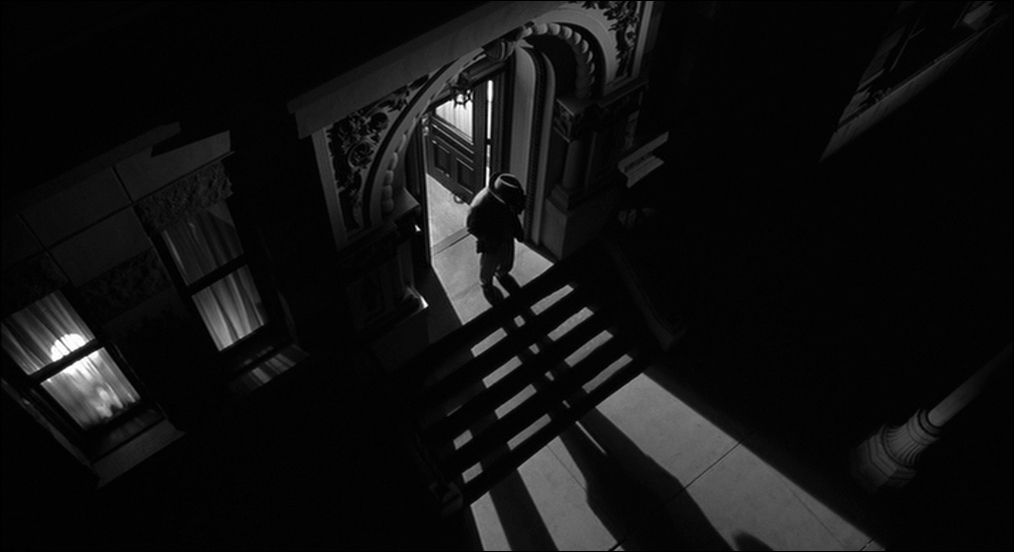 The most underrated Coen film by a mile. A detached noir genre film with Billy Bob Thronton giving his most deliberately apathetic performance yet. How Frances McDormand plays off Thornton and her ultimate role in the story is narrative genius. It’s also downright hilarious. It also features some of Roger Deakins’s best work.

“Life has dealt me some bum cards. Or maybe I just haven’t played ’em right, I don’t know.”

Kurosawa presents an economic and moral dilemma in such a dynamic way where we struggle along with the characters. We also get to sit back and watch Toshiro Mifune act his fucking ass off. A police procedural, crime film, and family drama rolled into one. High and Low covers the social dynamics of modern Japan at that time in a tightly packed, tense thriller. One of Kurosawa’s best in a contemporary setting.

“I’d rather be told the cruel truth than be fed gentle lies.”

Oldboy is an ultra disturbing journey of grave mystery, where nothing makes sense, and the film centers around a man trapped in an apartment-like prison with only the television to keep him company. Choi Min-sik is out of his damn mind in this violent, broken performance and makes the film feel completely untethered. Park Chan-wook operating in the darkest realm of his subconscious and it’s oh, so, entertaining.

“If by any chance Mido should find out the truth, you son of a bitch, I’m going to rip you limb from limb. And your remains will never be found. Why? Because I’m going to swallow every last bit.”

“When I was a kid, I used to see men go off on this kind of jobs… and not come back. When they did, they were wrecks. Their hair had turned white and their hands were shaking like palsy! You don’t know what fear is. But you’ll see. It’s catching, it’s catching like small pox! And once you get it, it’s for life! So long, boys, and good luck”

Paul Schrader’s most famous script, one heavily imbued in the loneliness of life and what detachment from reality can do to a person as well as sleep deprivation. Robert De Niro is so impacting as Travis Bickle trying to carve a place for himself in this messed-up world, that it’s impossible to look away no matter how deplorable his actions are. 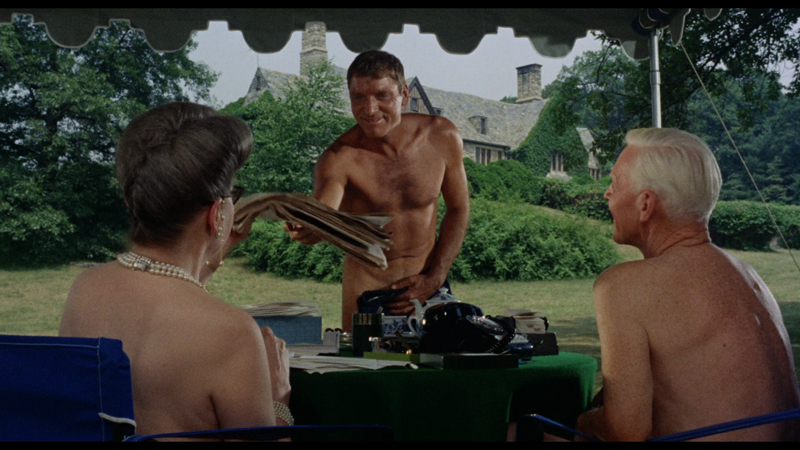 If you asked me to choose a film to exist in, The Swimmer would be the choice without a moment’s hesitation. Burt Lancaster swimming through the large suburban swimming pools of his mind back to his home and old life. Deceptively deep, bizarrely painful, and a beacon of light in a dark world. Burt Lancaster embodies the swimmer persona and will always be remembered for this role. Intensely quotable script.

“This is the day Ned Merrill swims across the county.” 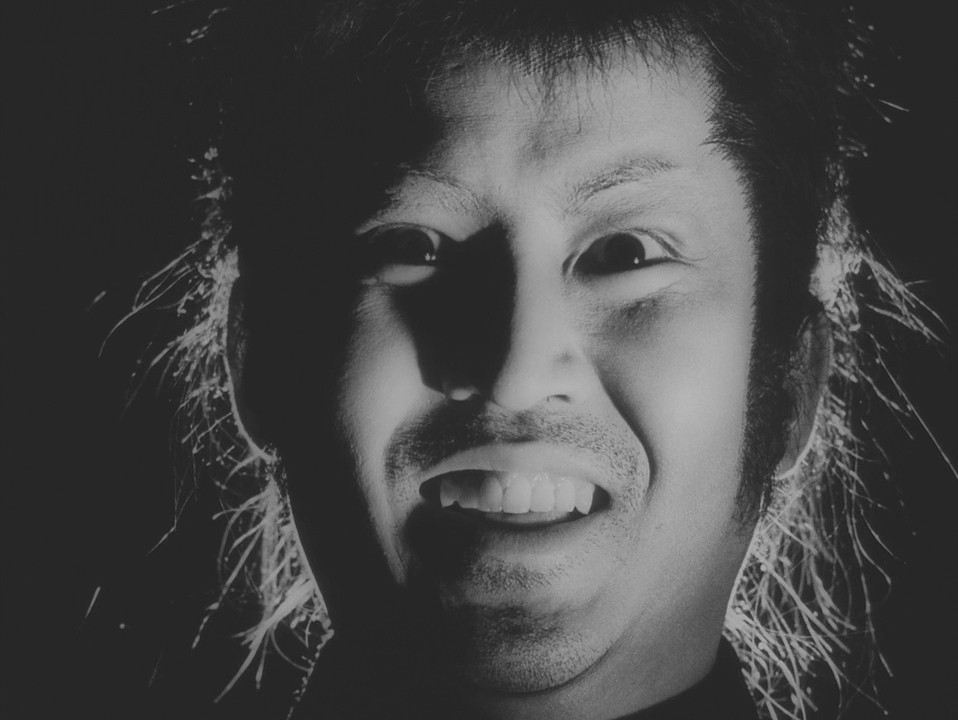 Shrouded in alluring darkness, Shura is the story of men being turned into a beast due to shame and humiliation. A brutal visual portrayal of misery and all that it encompasses. Katsuo Nakamura gives a legendary performance by slipping into madness. It’s a twisted film that is so inhumane and dark.

Billy Wilder’s best film is a screwball comedy with Jack Lemmon and Tony Curtis playing women musicians. Both actors are absolutely sensational, with some of the greatest comedic timing ever. Every line is quotable. It’s the easiest of watches and one that gets better each time…and Marilyn Monroe, some would say, is quite attractive.