Lars von Trier venturing into the emotion of grief, crafts a damning portrayal of parenthood and the isolation of nature. The setting of the forest seeps into the despair of two parents completely broken and how their attempts to save their marriage end in chaos. Willem Dafoe and Charlotte Gainsbourg have great chemistry wrapped into the intense grief.

Wes Anderson’s most stylish film and his best production design work (which is saying something). A documentary-style satire on the quest of ocean discovery and the neglect of a father towards his son reaching out for connection. The best of Bill Murray playing an apathetic sailor and Willem Dafoe!

“Don’t point that gun at him, he’s an unpaid intern.”

Donnie Darko is a cult classic. A film that hit me at the perfect time in my life as a high school student. Jake Gyllenhaal as the sadistic and confused sociopath spiraling towards his own death led by a bunny named Frank.

Here’s another film I have a deep personal connection with – the first sci-fi film to blow me away. The idea that our reality is not what it seems was something so incredibly intriguing. The world-building of The Matrix is on another level.

“There is another organism on this planet that follows the same pattern. Do you know what it is? A virus. Human beings are a disease, a cancer of this planet. You’re a plague and we are the cure.”

The great Jimmy Stewart’s breakout performance as the boy wonder meeting the American senate and the cold hard truth of politics. A great statement about our political system and how it turns good men into filthy politicians. Stewart is the standout, but the entire cast is outstanding including Claude Rains as a dirty politician who has lost his innocence.

“You see, boys forget what their country means by just reading The Land of the Free in history books. Then they get to be men they forget even more. Liberty’s too precious a thing to be buried in books, Miss Saunders. Men should hold it up in front of them every single day of their lives and say: I’m free to think and to speak. My ancestors couldn’t, I can, and my children will. Boys ought to grow up remembering that.” 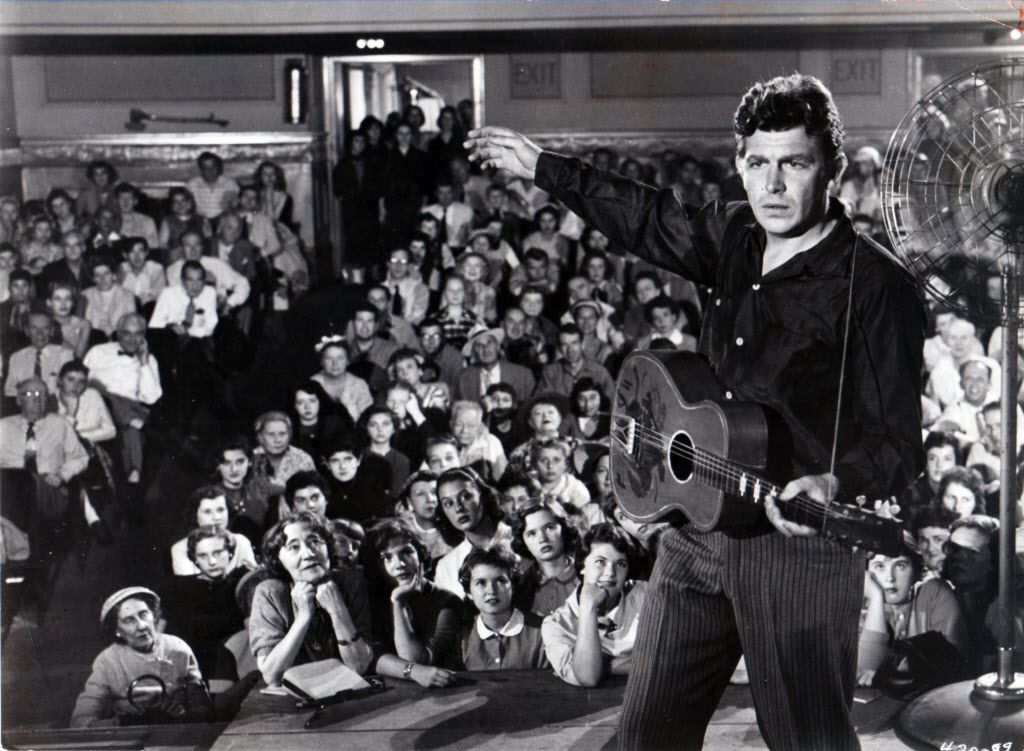 The story of fandom, the toxicity of power, and the value of entertainment. The Face of the Crowd is a statement on the American model of television politics and how easily audiences are swayed one way or the other. Andy Griffith delivers one of my all-time favorite performances as “Lonesome Rhodes” and Kazan’s direction continually widens in scope

“I’ll say one thing for him, he’s got the courage of his ignorance”

Peter O’ Toole playing a schizophrenic Jesus Christ inherits the Gurney estate after the cross-dressing Earl of Gurney dies. A peculiar black comedy with one of my all-time favorite performances from O’ Toole. Need I say more?

Lady Claire Gurney: How do you know you’re God?
Jack Arnold Alexander Tancred Gurney: Simple. When I pray to Him, I find I am talking to myself.

Following Gorgeous and her six friends Prof, Melody, Sweet, Mac, Fantasy, and Kung Fu on a summer trip to visit her grandma’s house that becomes a complete acid trip of Japanese horror goodness. It’s totally bizarre in all the best ways.

“She eats unmarried young girls. It is the only time she can wear her wedding gown.” 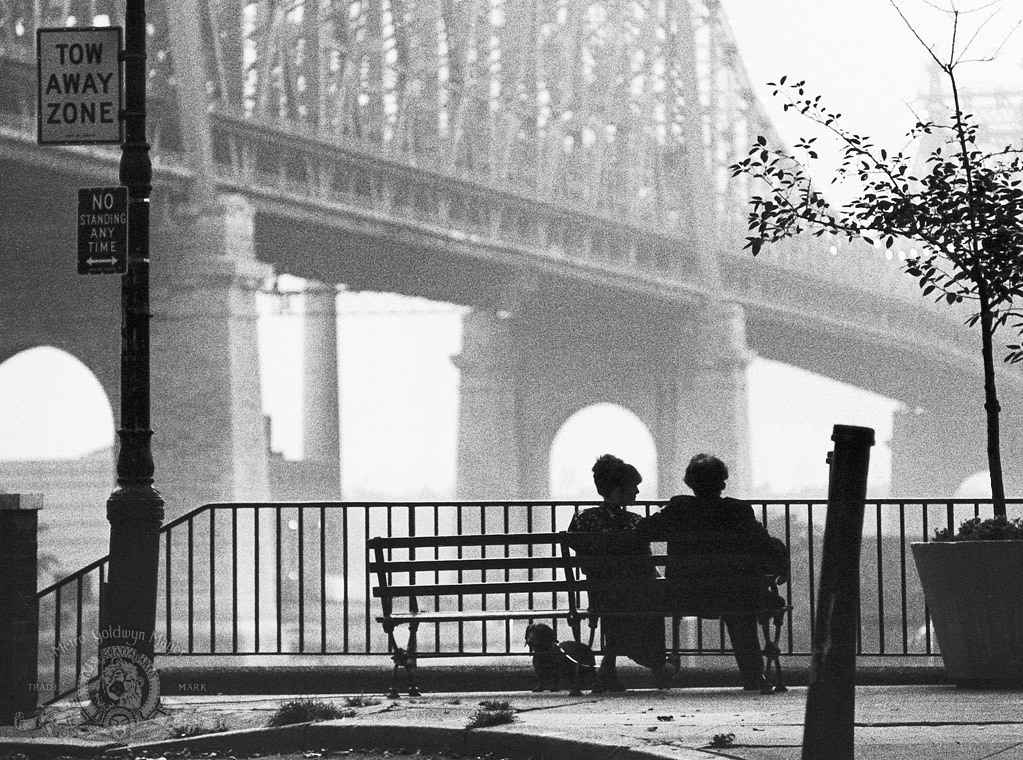 Manhattan almost counts as a sequel to Woody Allen’s massive hit in Annie Hall. The same general tone, same third-wall breaking style, and both starring Allen and Diane Keaton as the central focus of this romance. And both times the two can never figure it out. In Manhattan, it’s Allen coming to grips with his own immaturities and allowing himself to love who he loves. A great flick for cinephiles deep into self-loathing.

Mary Wilke: I’m honest, whaddya want? I say what’s on my mind and, if you can’t take it, well then fuck off!
Isaac Davis: And I like the way you express yourself too, y’know, it’s pithy yet degenerate. You get many dates?

The most violent Scorsese film and the most eloquently shot. The unmotivated camera movements flesh out this world, but it’s the rule-breaking structure of the romance that brings out the fire in the narrative. A restraint yet bold interpretation of high-society and the burning sexual desire that goes unconsummated.

“How can we be happy behind the backs of people who trust us?”

A blind stranger approaches you on a train and explains an elaborate plot to murder someone close to you – this is Robert Walker’s psychotic character Bruno Antony who is one of Hitchcock’s best villains in his filmography. Menacing and clever that feels like a freight train that can’t be stopped.

“Everyone has somebody that they want to put out of the way. Oh now surely, Madam, you’re not going to tell me that there hasn’t been a time that you didn’t want to dispose of someone. Your husband, for instance?” 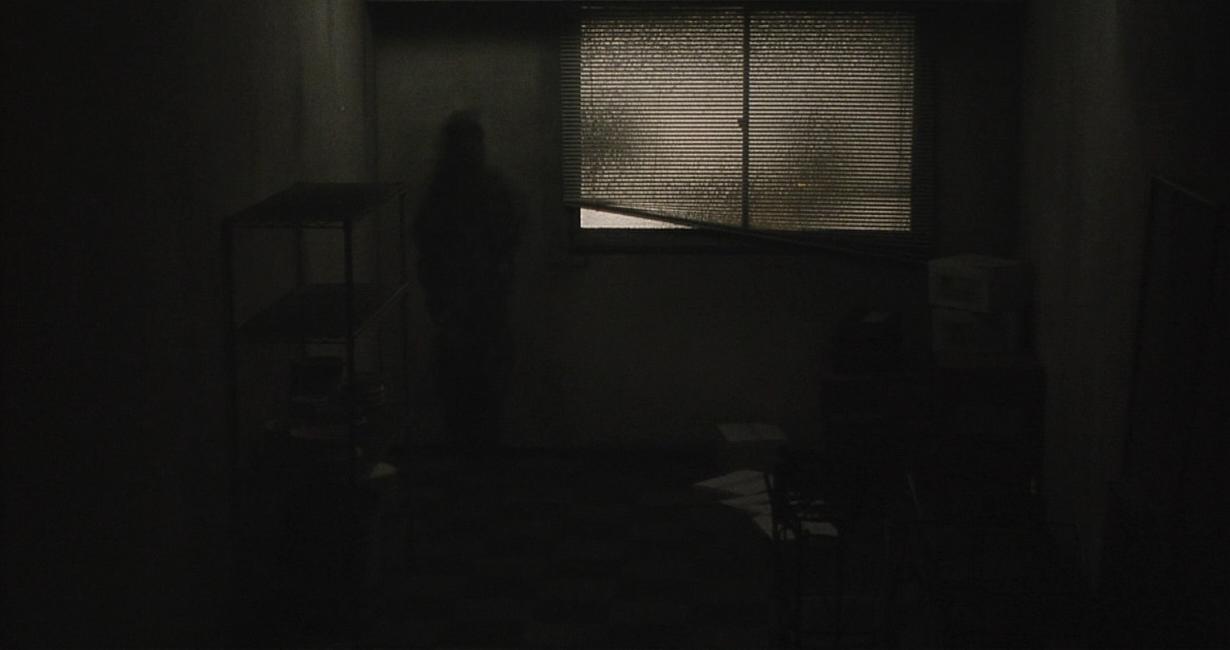 Kiyoshi Kurosawa is a horror master and Pulse is his terribly unsettling ghost story about the isolation of the modern world and trying to escape the loneliness of technology. The craft on display is some of the most unnerving works in the horror genre of all-time.

A narrative that was perfectly suited for Nolan’s dismembered writing structure, where the more broken up the plot is the more effective he tells this story. Nolan hides everything right out in the open but concealing it carefully. The cleverness of the screenplay and performances are impeccable.

“Because making something disappear isn’t enough; you have to bring it back. That’s why every magic trick has a third act, the hardest part, the part we call “The Prestige””

The followup to Kurosawa’s Yojimbo, it’s the maturation of that character and a fitting end to his arc. Growing into a mentor of highly influenced young men who admire him. Some of the best uses of blocking in cinematography ever, Kurosawa’s craft is immaculate. He’s able to convey all of Mifune’s complex feelings in a visual sense.

“You tired of being stupid yet?”

A love story about two misfits desperate for any sort of companionship. There’s also plenty of talk about airline miles and pudding. It’s a splendidly different view on love and relationships. Adam Sandler gives a career-best, highly nuanced performance but keeping with his hot head persona. It’s magic.

“I have a love in my life. It makes me stronger than anything you can imagine.” 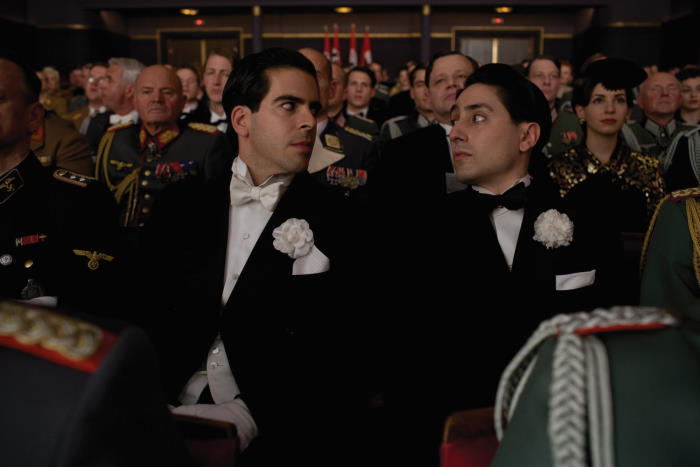 Starting off with an all-time great opening scene, Inglourious Basterds provides so many memorable moments of bombastic, tightly packed, and edited scenes that are completely engrossing. There are so many moments that feel large in scope, but the script is still imbued with character. You get lost in the scene because of the direction. One of Tarantino’s best films overall and my favorite of his scripts.

“I mean, if I had my way… you’d wear that goddamn uniform for the rest of your pecker-suckin’ life. But I’m aware that ain’t practical, I mean at some point you’re gonna hafta take it off. So. I’m ‘onna give you a little somethin’ you can’t take off.” 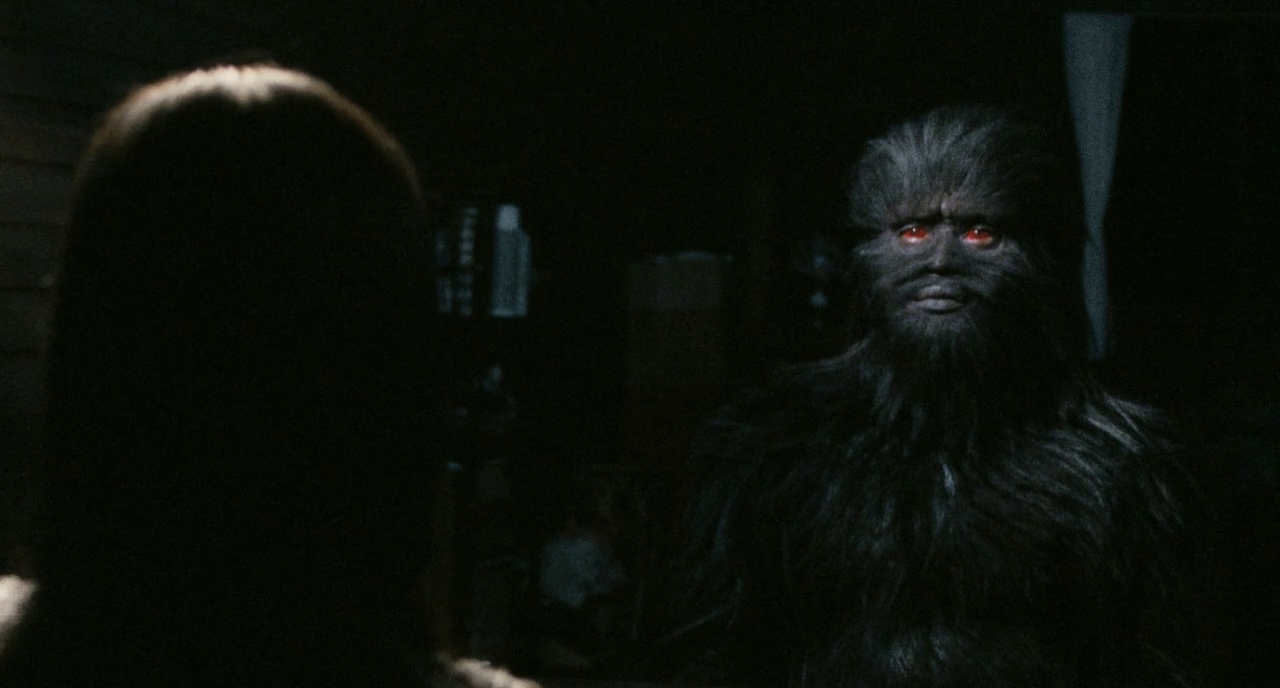 Uncle Boonmee is a spiritual journey in tune with the afterlife and the memories we leave behind on earth. A ghost story that doesn’t look to frighten, but to accept passing on into the spiritual world. Completely awe-inspiring visuals with an entirely unique cinematic language. There’s nothing else like Uncle Boonmee.

“Heaven is over-rated. There’s nothing there.” 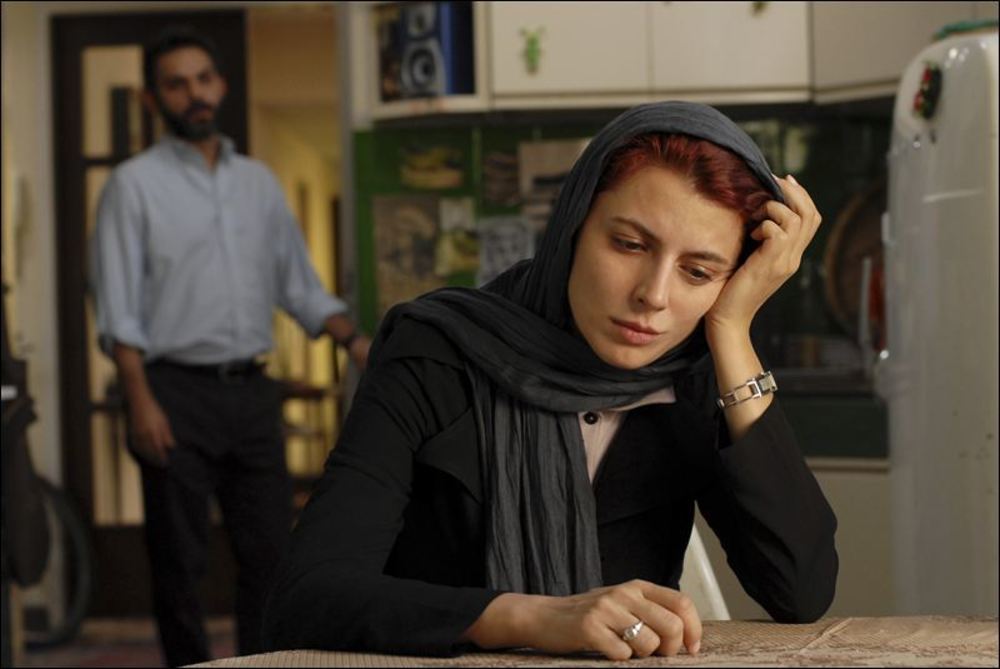 A Separation features easily one of the best screenplays on this entire list. A towering achievement showing the destructive tendencies of divorce and the spiraling that comes out of huge life changes of this magnitude. The last scene left me breathless and the final shot is achingly beautiful.

“I swear on this Qoran, we’re humans just like you.”

One of the most eye-opening film experiences, with a fact-based approach while still keeping it engaging and needlessly entertaining. The performances across the board are towering and the meaning behind it all hits home. The call to action, in the end, feels so entirely earned. One of my most recommended films because of its shocking subject matter. There’s nothing better than a good conspiracy theory.

“Oh man, why don’t you fuckin’ stop it? Shit, this is too fuckin’ big for you, you know that? Who did the president, who killed Kennedy, fuck man! It’s a mystery! It’s a mystery wrapped in a riddle inside an enigma! The fuckin’ shooters don’t even know! Don’t you get it?”

The best film on the subject of Bootcamp and the inhumane treatment of soldiers. We see this through the incredibly troubled performance from Vincent D’onofri as Pvt Pyle being constantly berated by R. Lee Ermey and the pitch-perfect ending to both their arcs. Both performances are overwhelmingly impactful Yes, the second half of the film doesn’t live up to the first half, but that first is among the all-time greats.

“Oh that’s right, Private Pyle, don’t make any fucking effort to get to the top of the fucking obstacle. If God would have wanted you up there he would have miracled your ass up there by now, wouldn’t he?” 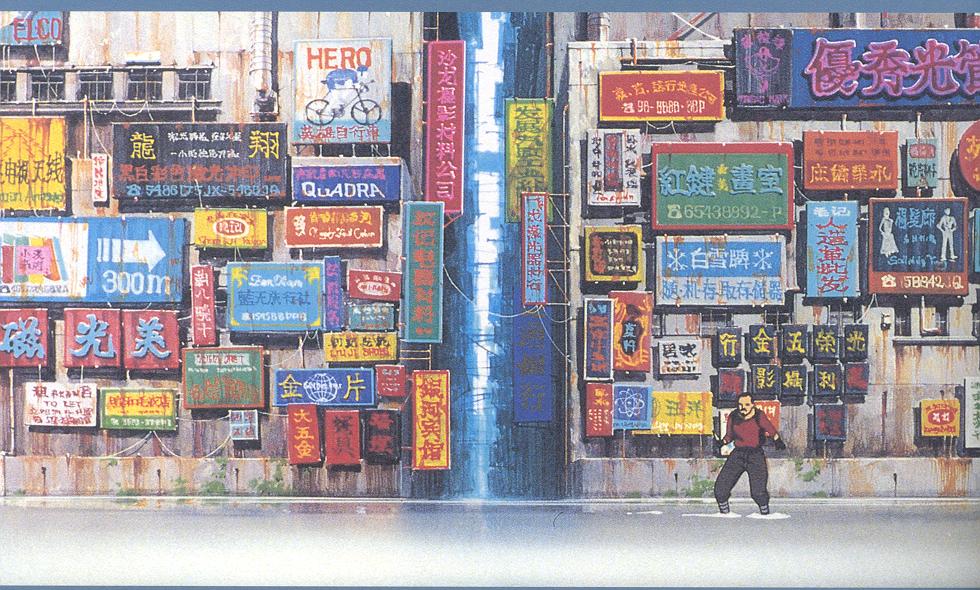 One of the greatest animated films ever made. A profound and melancholic technological journey through networks that keep the entire planet interconnected. A story into the self of learning about The Ghost in the Shell. The hand-drawn animation is gorgeous and no film has this amount of detail in the cityscapes. The world is so full of life.

Section 6 Department Chief Nakamura: Nonsense! There’s no proof at all that you are a living, thinking life form!
Puppet Master: And can you offer me proof of your existence? How can you, when neither modern science nor philosophy can explain what life is? 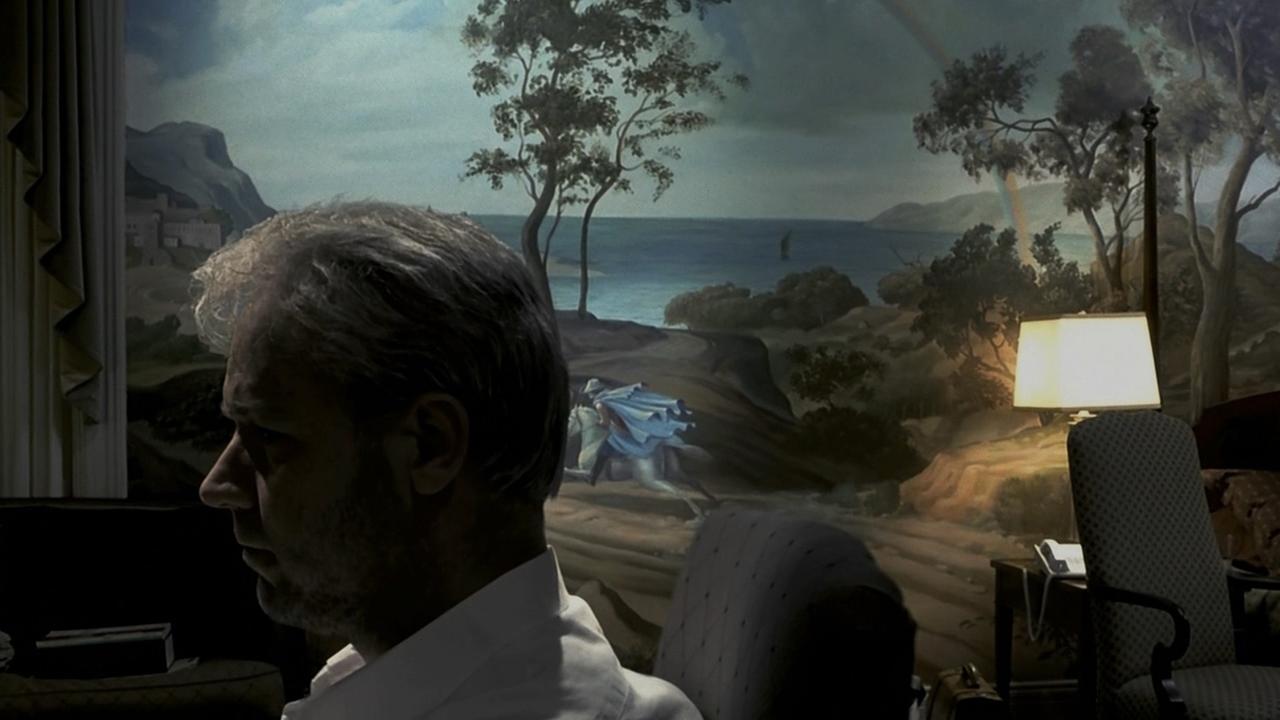 Superbly shot, written, and acted. The film that made me realize the brilliance of Michael Mann and his ability to build an engaging film on every level regardless of the subject matter. The Insider is a boardroom film with nothing bombastic about the production but it still feels like that when watching which is a major credit to Mann’s incredible direction.

Mike Wallace: Who are these people?
Lowell Bergman: Ordinary people under extraordinary pressure, Mike. What the hell do you expect? Grace and consistency? 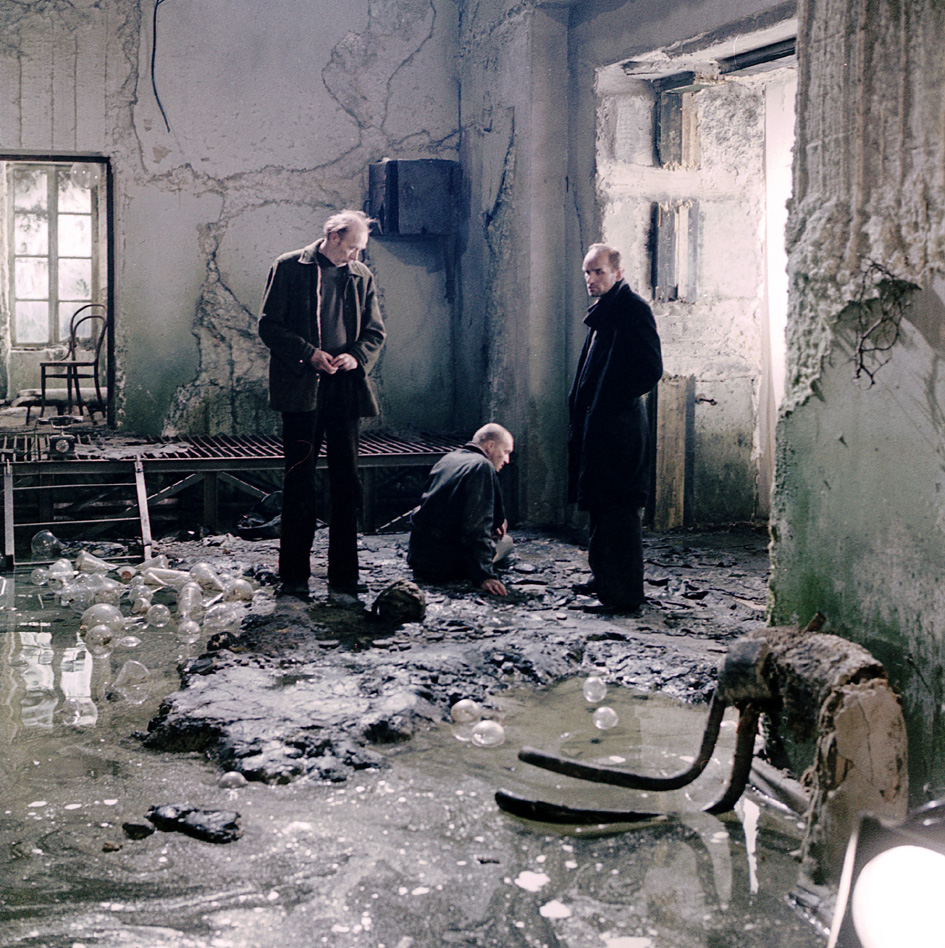 Tarkovsky’s dreamy vision of the world is all encompassed in his masterpiece Stalker. A contemplative experience, known for extremely long shots, and deep monologues of tremendous meaning. Philosophically speaking, Stalker is on another level than any film, but it’s the incredible production design and general world-building that makes it so special.

“The Zone wants to be respected. Otherwise it will punish.” 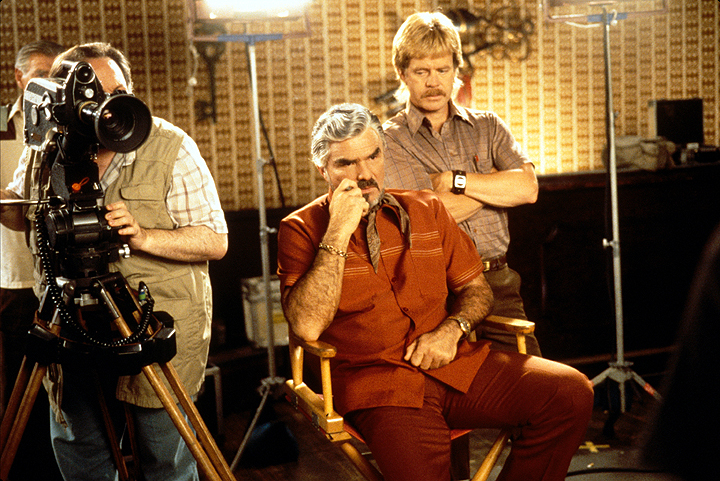 “I like simple pleasures, like butter in my ass, lollipops in my mouth. That’s just me. That’s just something that I enjoy.”

A phenomenal ensemble. An amazing script. And razor edge suspense through Cimino’s direction, The Deer Hunter is a statement on blue-collar working-class being drafted into a psychotic state of war and how that affects their lives in dangerous, self-destructive ways.

“Put an empty chamber in that gun!”