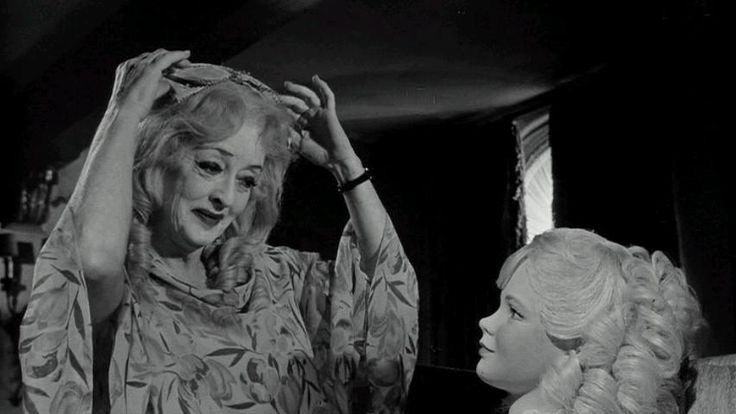 “Yes, I am! And I’m going to revive my act exactly as I used to do it. Of course, some of the arrangements will have to be brought up-to-date. Music changes so much, doesn’t it? And you know they’re desperate for new acts: television, Las Vegas, and all the clubs. Well, there are a lot of people who remember me. Lots of them!”

A vicious ghost story of senseless violence in the face of war and the surrender lives of civilians. Those left behind from the war feeling immense anger towards samurai who stripped away the lives and belittled by Samurai. The leftover resentment is felt wholeheartedly and makes this horror experience much more lasting. On top of that, the visuals are entirely unique and provide an all-timer in terms of the score.

One of the most clever, timely, and bold scripts ever written. Jordan Peele’s debut feature Get Out made a statement, not only on white people stealing black culture but on genre films and how an experience doesn’t adhere to any specific genre. It’s masterfully written and directed. Few films feel this unique to the medium and say so much about social constructs through a genre film.

“I’m TS-motherfuckin’-A. We handle shit. That’s what we do. Consider this situation fuckin’ handled.”

The grief is palpable, the feeling of loss is inescapable, and the trapped mood persists throughout. Lee Chang-dong’s journey into damnation and that empty feeling of never wanting to leave the couch after the severe and unforgiving loss of life has never been as emotional. Secret Sunshine hurts down to the bone, a masterfully constructed screenplay with truly powerful and endearing performances.

The greatest mockumentary of all-time. Spinal Tap is the story of a struggling rock band that is a brilliant take on all the vanity and ridiculousness of touring. Every drummer the band has died in a mysterious accident. Every gig has some major catastrophe. Christopher Guest, Michael Mckean, and Harry Shearer all deliver incredible performance as the band.

“It’s like, how much more black could this be? and the answer is none. None more black.”

The glorious end to one of the most exciting and technically well-made franchises in the history of film. The scope of Return of the King was completely unheard of and every moment feels life-or-death in importance. It wraps up the story flawlessly and for a film with global war, we get genuinely great character moments. It’s so well made on every level of filmmaking.

“Hold your ground, hold your ground! Sons of Gondor, of Rohan, my brothers! I see in your eyes the same fear that would take the heart of me. A day may come when the courage of men fails, when we forsake our friends and break all bonds of fellowship, but it is not this day” 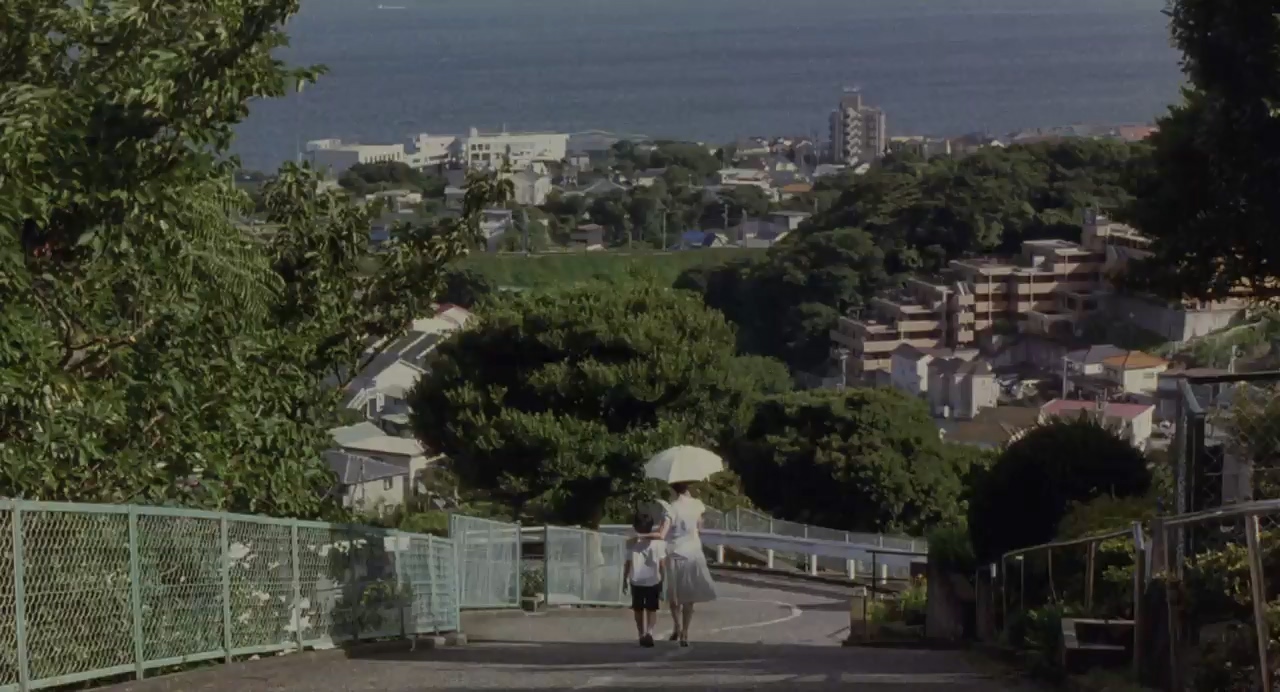 A heartfelt, deeply emotional exploration into Japanese family dynamics. The changing of generations and the difference in mindset between child and parent throughout three generations. Each moment, movement, and placement in the frame feels so intentional, and the script lets these actors embrace the characters so much. It’s such an authentic view of modern life and so overwhelmingly beautiful in execution

“There’s nothing to watch on TV these days. They laugh so loud but nothing’s funny.”

The energy of Peter Greenway’s masterpiece of lust and jealousy is unmatched. The panning camera from set-to-set presents an ever-changing and evolving narrative, with loud and soft characters engaging in a battle of wills. It’s a gorgeous production design, amazing ensemble, and bizarre story that makes this a beyond memorable experience with the pitch-perfect ending. One of the most fitting endings on the 251.

“Try the cock, Albert. It’s a delicacy, and you know where it’s been.” 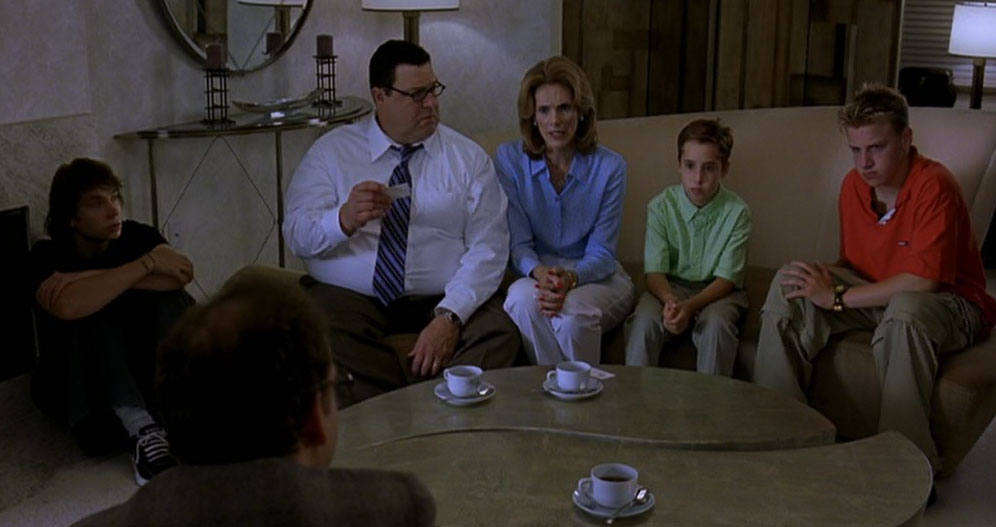 My first opportunity to gush about the genius of Todd Solondz. The only filmmaker who truly understands the underlying angst and general weirdness of suburban white America. Storytelling shows this through a series of small and large vignettes, all uncomfortably rubbing against every awkward bone in your body while exploring those pent up feelings through the different ways we tell stories. It’s truly a brilliant concept and Solondz’s writing is both hilarious and truthful. 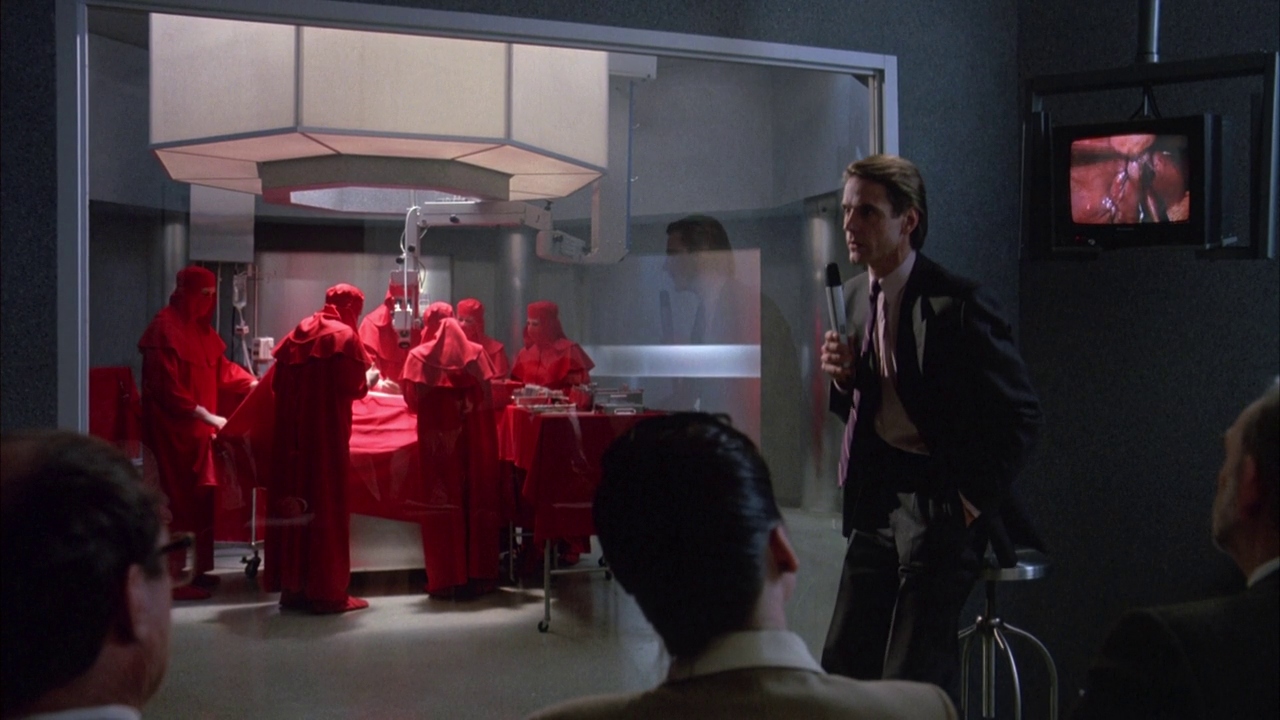 David Cronenberg doesn’t appear on the 251 often, but his impact on my cinephile life has been great and his work on Dead Ringers is a career-best. Jeremy Irons gives an inspired performance as his grip on reality quickly loosens. Dead Ringers has all the best aspects of Cronenberg’s work, but easily his best script and characters. It’s completely disturbing in an intellectually curious way and had me deeply engaged

“I’ve often thought that there should be beauty contests for the *insides* of bodies.”

Peter Weir is a broad thinker who looks to mystify through his narratives. In The Truman Show, it places you at the center of the world’s attention at the behest of the main character played endearingly by Jim Carey. It touches you on a very relatable human level while showing our propensity to force people into things for our own enjoyment. The concept is utterly intriguing and leads to one of the best character arcs ever written. The direction from Weir is superb.

“Good morning, and in case I don’t see ya, good afternoon, good evening, and good night!”

The best of Wes Anderson across the board. A devilishly funny script with amazing senior loving lady characters. Fantastic symmetrical cinematography, colorful overly detailed sets down to the tiniest spots, amazing costuming, and a mix of his stop-motion animation. Every frame feels meticulously crafted to achieve a full Wes Anderson aesthetic bliss. It’s a wonderful film.

“You see, there are still faint glimmers of civilization left in this barbaric slaughterhouse that was once known as humanity. Indeed that’s what we provide in our own modest, humble, insignificant… oh, fuck it.” 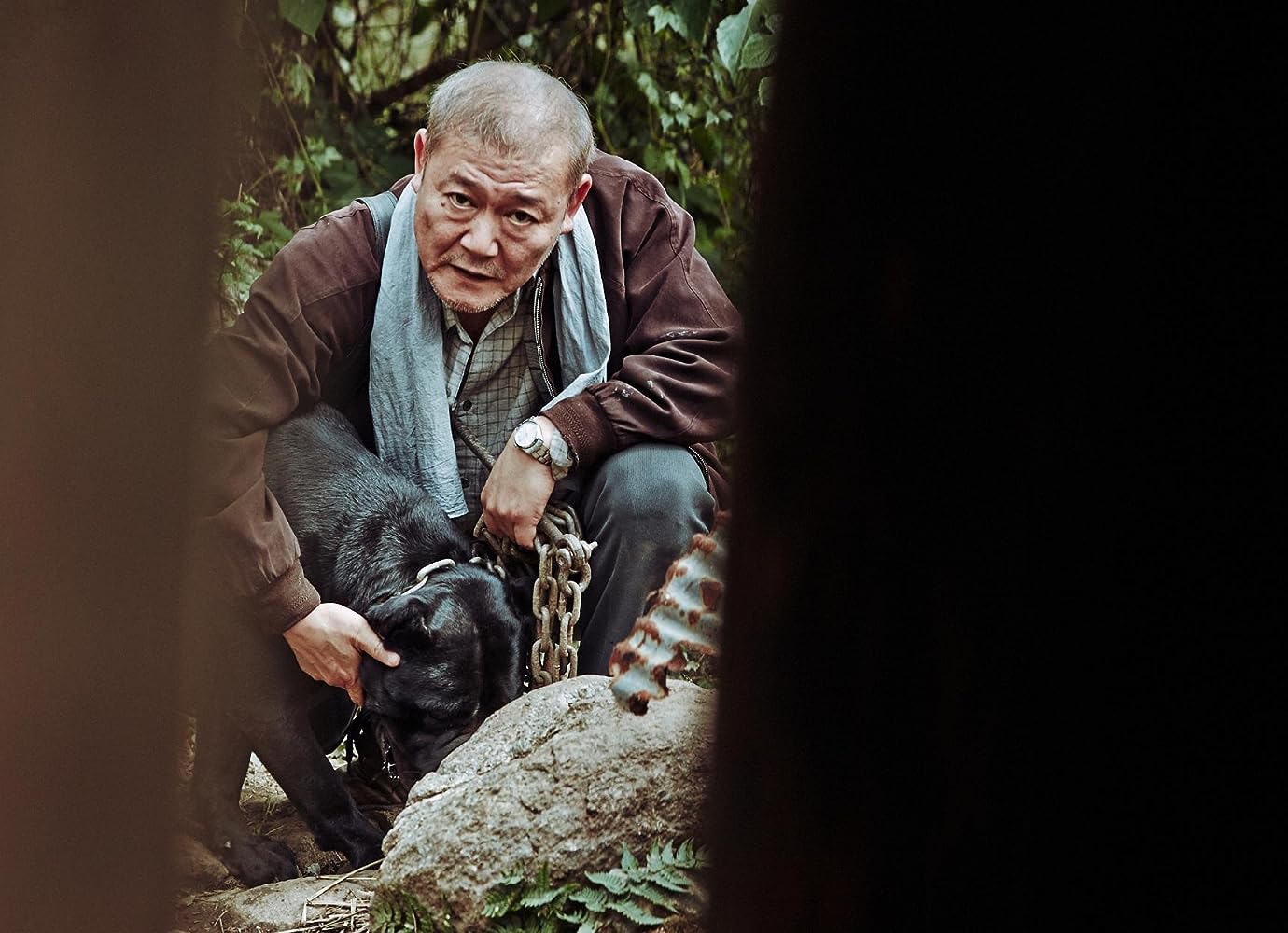 The Wailing is a film that disturbed me down to my core. A trip to the lower depths of hell where nothing makes sense and everything’s upside down. The direction creates an atmosphere of overwhelmingly dread that persists throughout due to the presence of the stranger. A masterful horror experience that haunts long past the credits.

“Not everything that moves, breathes, and talks is alive.” 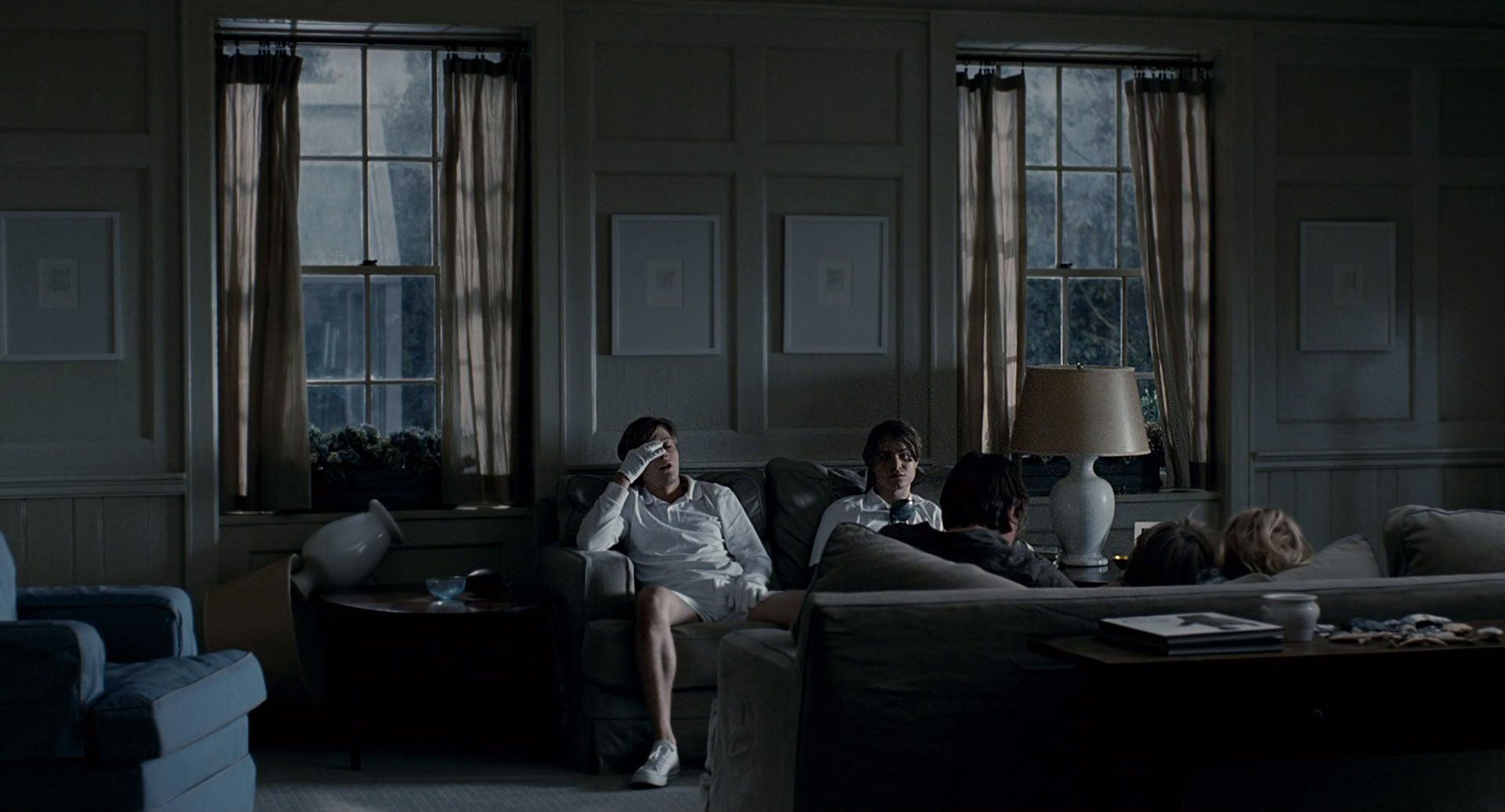 The American remake of Michael Haneke’s 1997 film, Michael Pitt and Brady Corbet brings a snide white American attitude to a masochistic take on sadistic murder and the entertainment value in said murder. It’s grotesque in the most artistic way possible. Strangely funny and going to alarm plenty of people. I couldn’t get enough of it. It presents a danger, unlike anything I’ve ever seen. One of Haneke’s most original films.

Anna: Why don’t you just kill us?
Peter: You shouldn’t forget the importance of entertainment.

Abbas Kiarostami is a brilliant screenwriter and the Certified Copy script is an actual magic trick. The writing can change drastically at any moment, and for something seemingly normal, its peculiarities are so unbelievably engaging to the point of mental exhaustion. Kiarostami is a virtuoso and he gives one of the all-time great actresses Juliet Binoche her best role.

“I’m afraid there’s nothing very simple about being simple.”

Nolan created some truly unique in terms of his backward-to-front structure and bending the narrative to Guy Pierce’s memory loss. Few films are this perplexing and engaging in the mystery. Seemingly simple on a plot level that reveals something much deeper. Nolan’s best.

“I can’t remember to forget you.”

The first mention of Orson Welles on the list comes with his noir masterpiece Touch of Evil and in the face of obtrusive studio meddling, Welles created something truly dark and brooding. A technical marvel all in service of the narrative. Welles is unreal conjuring up all the corruption in the world in both his direction and performance. Quinlan is an all-time vile character.

“Just because he speaks a little guilty, that don’t make him innocent.”

Howard Hawks’s The Big Sleep instantaneously subjects you to this bizarre world in which every minute detail of the story needs to be investigated further. As if nothing is taken at face value, and for a noir-genre film, that’s a perfect feeling. A dark, hidden underbelly of destruction all out in the open and disguised flirtation.

” She tried to sit on my lap while I was standing up.” 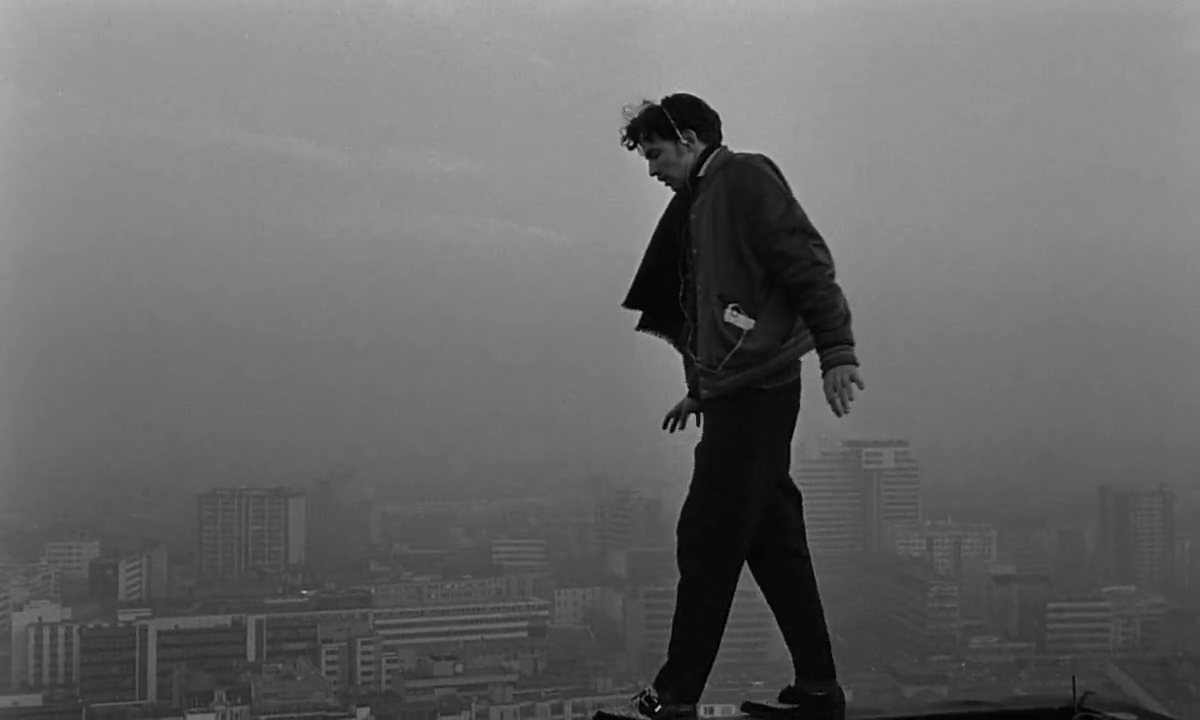 Wim Wenders has such a soft touch through his filmmaking. A humanistic style with a focus on behavior and our relation to other people. Wings of Desire is a film about how we treat others and how the desire to live outweighs anything else when we extend ourselves to others. An overwhelmingly poignant observant story that’s unlike anything else.

Terry Gilliam is a true madman in every sense of the term and Brazil is his looney swan song. A world of endless wires hiding in the walls stretched out faces, and lowly bureaucrats being swallowed up by the system. Jonathon Pryce was the perfect actor for this film and he goes absolutely batshit. And to think, it all started with a bug in the system…

“I assure you, Mrs. Buttle, the Ministry is very scrupulous about following up and eradicating any error. If you have any complaints which you’d like to make, I’d be more than happy to send you the appropriate forms.”

A Truffaut coming-of-age film, focusing on the joys of childhood through the perspective of a broken child. Experiencing the world through harsh terms and Truffaut makes sure to exemplify this in his work. A stunning piece of art through essentially a hangout movie with a considerable amount of detail. 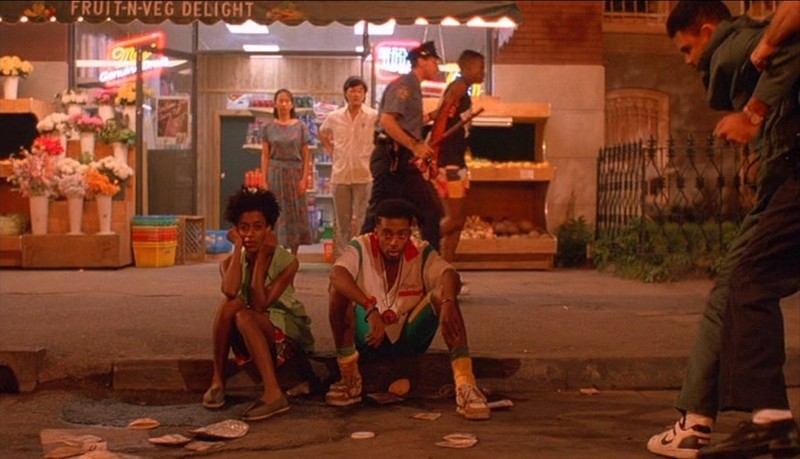 The lone Spike Lee joint on the 251 is a powerhouse of meaning and encapsulates all the social anxiety on one Brooklyn street corner. Powerful doesn’t begin to describe Lee’s opus on senseless anger and the idea that violence begets violence. Lee gets the full scope of understanding through all the many perspectives. It’s a masterwork and a film only Spike Lee could’ve made.

“Yo! Hold up! Time out! TIME OUT! Y’all take a chill! Ya need to cool that shit out! And that’s the double truth, Ruth!” 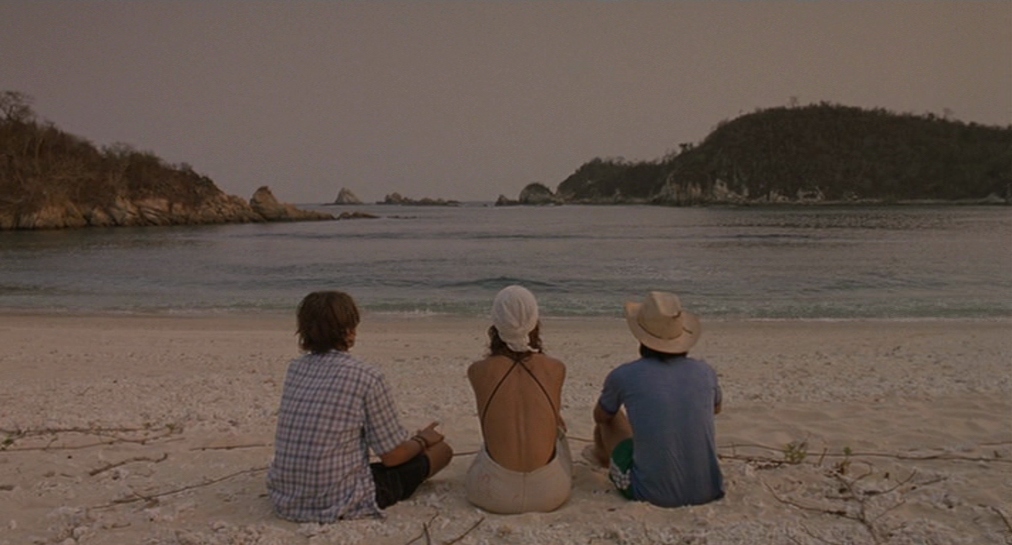 Y Tu Mamá También is a journey of self-discovery, the full emotion of life packed into a car and spread out across Mexico. It’s unspeakably gorgeous in the execution and focused on these characters that are at times narcissistic and self-serving, but always show a softer side despite all efforts to suppress it in front of others. The performances are so meaningful and personal. Cuaron’s best.

The energy of Goodfellas is on a cracked out level that simply can’t be reproduced. It’s Martin Scorsese and Thelma Schoonmaker at their most in tune with the flow, characters, and framing of the story. It’s an incredibly stylish film and the act of filmmaking stands out in the best way possible. Scorsese’s best film within the mob genre.

“You know, we always called each other good fellas. Like you said to, uh, somebody, “You’re gonna like this guy. He’s all right. He’s a good fella. He’s one of us.” 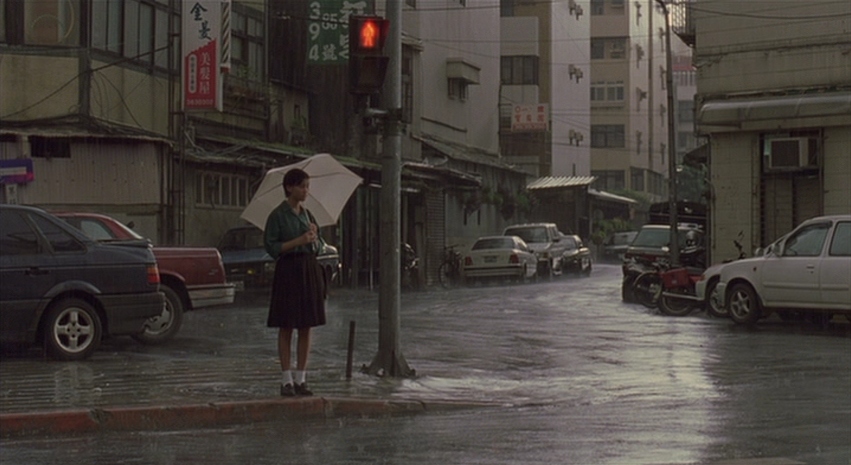 Edward Yang has quickly become a favorite director of mine. The humanity in his films is on the forefront and Yi Yi has a self-reflective relationship to the world as normal people attempt to make sense of it all. The fact that nothing seemingly does make sense creates such a striking message that is universal. The filmmaking is sublime in Yi Yi, covering life from a distance, but also from a very personal perspective.

“Why are we afraid of the first time? Every day in life is a first time. Every morning is new. We never live the same day twice. We’re never afraid of getting up every morning. Why?”